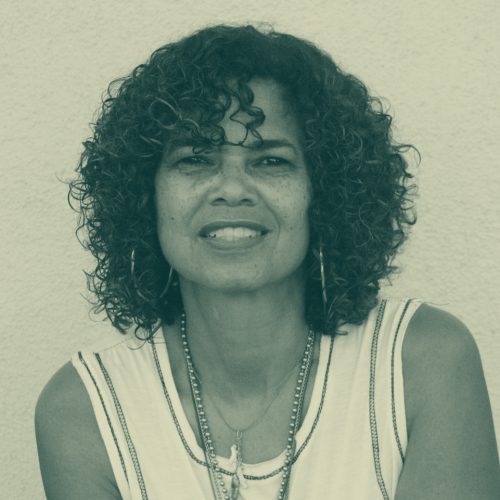 Erin Aubry Kaplan is a Los Angeles journalist and columnist who has written about African-American political, personal and cultural issues since 1992. She is a contributing writer to The New York Times and the Los Angeles Times op-ed pages, and from 2005 to 2007 was a weekly opinion columnist for the L.A. Times – the first black weekly opinion columnist in the paper’s history. She has been a staff writer and columnist for the LA Weekly and New Times Los Angeles. She has contributed to many publications, including Salon.com, Los Angeles, Essence and Ms. magazine. She has also been a regular columnist for kcet.com, the Los Angeles Wave newspaper and make/shift, a quarterly, cutting-edge feminist magazine that published between 2007 and 2018.

As a journalist, Aubry Kaplan’s passion has always been injecting the personal in features, commentary, criticism and essays. One of her more memorable pieces is “The Butt,” an essay for the LA Weekly that examined the many social and psychological ramifications of having the pronounced backside typical of black women (Aubry Kaplan was the body model for the photos that ran with the story). Another Weekly piece, “Blue Like Me,” explored the modern connections between her own long battle with depression, family history and the still-distressing state of the race. That piece won the PEN USA 2001 award for journalism.

Aubry Kaplan’s essays have been anthologized in Mothers Who Think: Tales of Real-Life Parenthood (Villard, Washington Square Press), Step Into A World (Wiley & Sons) and Rise Up Singing: Black Women Writers on Motherhood (Doubleday). The last book’s contributors include Maya Angelou, Gwendolyn Brooks and Alice Walker, and won an American Book Award in 2004. Her first book, a collection of essays and reportage titled Black Talk, Blue Thoughts and Walking the Color Line: Dispatches From a Black Journalista, was published in 2011 by Northeastern University Press. Her second book, I Heart Obama, an extended essay exploring the cultural and personal meaning of the first black American president, was published in 2016 by ForeEdge.

Aubry Kaplan was born and raised in Los Angeles, though her family is originally from New Orleans. She was married to Alan Kaplan, a renowned Los Angeles high school history teacher, for 15 years. He died in 2015.